Melanie just said:
Peter made the call to Edwin Hawkins, leader of the gospel group. They had just come off their hit “Oh Happy Day.” Peter was in high gear talking Edwin Hawkins’s ear off. Then out of nowhere he said “Here….Melanie wants to talk to you.” I looked at him in horror as I put the phone to my ear.
Earlier I had said, “Peter, wouldn’t it be great if the Edwin Hawkins Singers sang on Candles in the Rain?” He was off and running. He orchestrated the whole thing. We flew out to Oakland, California where they were rehearsing in a high school gym.
They only do nonsecular music, I thought…couldn’t believe he got me into this!
When we walked in they were in the middle of a song. They trailed off and all looked at me. A white girl with a guitar and a wildly gesticulating man standing next to her.
Peter ran up to Edwin Hawkins who was playing the piano.
What I’m certain of is that he wasn’t apologizing for barging in on their rehearsal.
I thought Peter had prearranged this meeting. Apparently it was a surprise visit!
So in this spirit of, “I wish I could crawl under a seat and hide,” I sang my heart out on a solo version of “Lay Down.” When I got to the second chorus, the Edwin Hawkins Singers joined in.
The rest is, as they say, history.
This today ~ in tribute to Peter Schekeryk, creator of this 8-minute record. 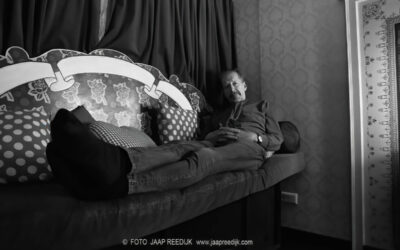